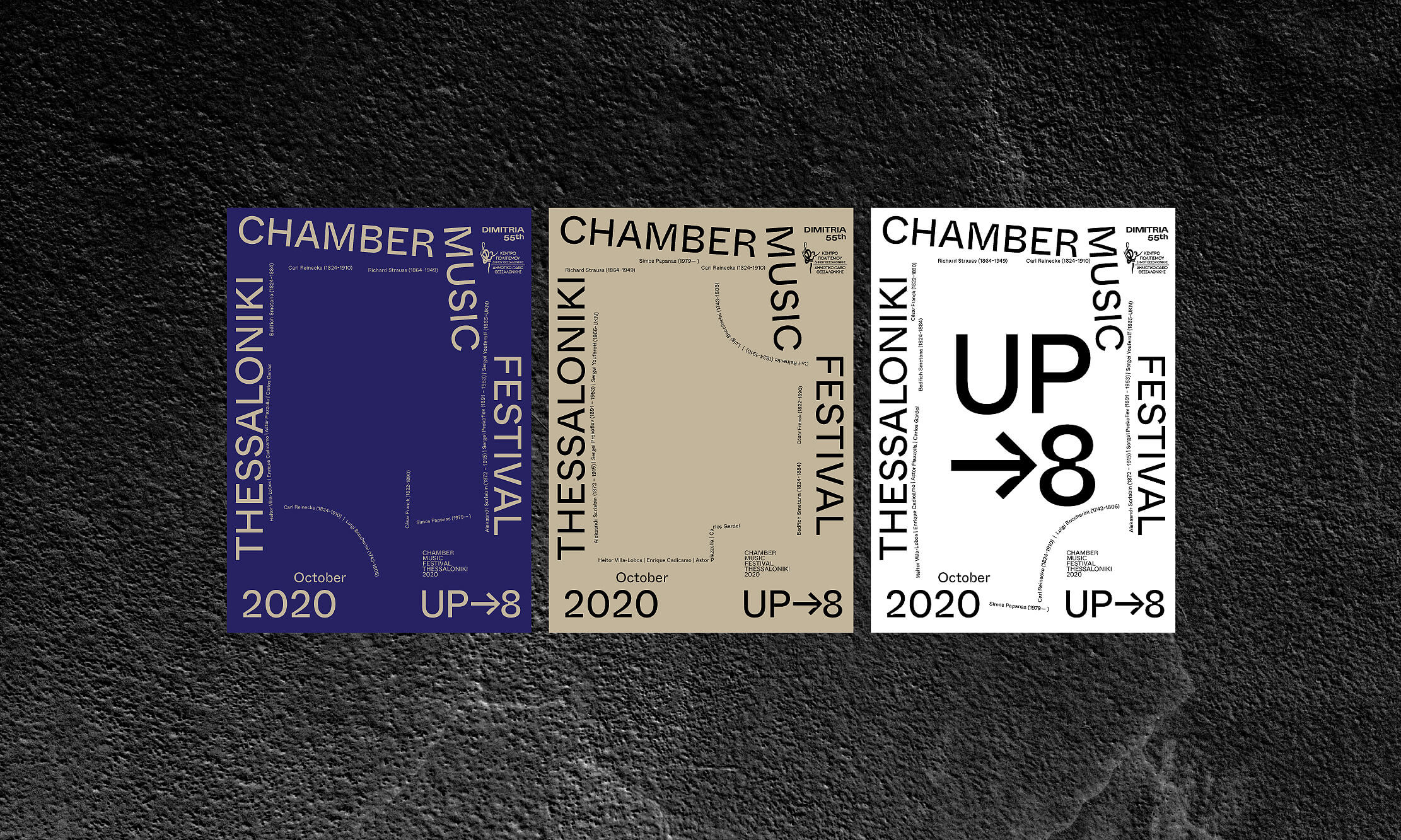 “UP TO 8” Chamber Music Festival

“Chamber music” is a term most people have heard. Up to 8 people, with their acoustic musical instruments, gather in a room and perform their repertoire. In the living room of a musician who had a 19th century piano, friends brought a violin and a cello. In the garage of a teenager in the 60’s in America, groups brought amplifiers and electric guitars. The goal is always the same. Let everyone come together and perform, having fun and learning about both their art and themselves. The “Up to 8” festival included 8 chamber music performances, with a repertoire from the 18th to the 21st century, all performed by famous virtuoso musicians.

The concept of chamber music, this basic core, is none other than the limited square space where the performance takes place. Based on this reasoning, the sketches of the architects and engineers, gave the blueprint for the design. The textual information runs through the perimeter of a different space, forming different rooms. The information stands present above each composition, emphasizing the sense of the floor plan and the technical nature of a space. 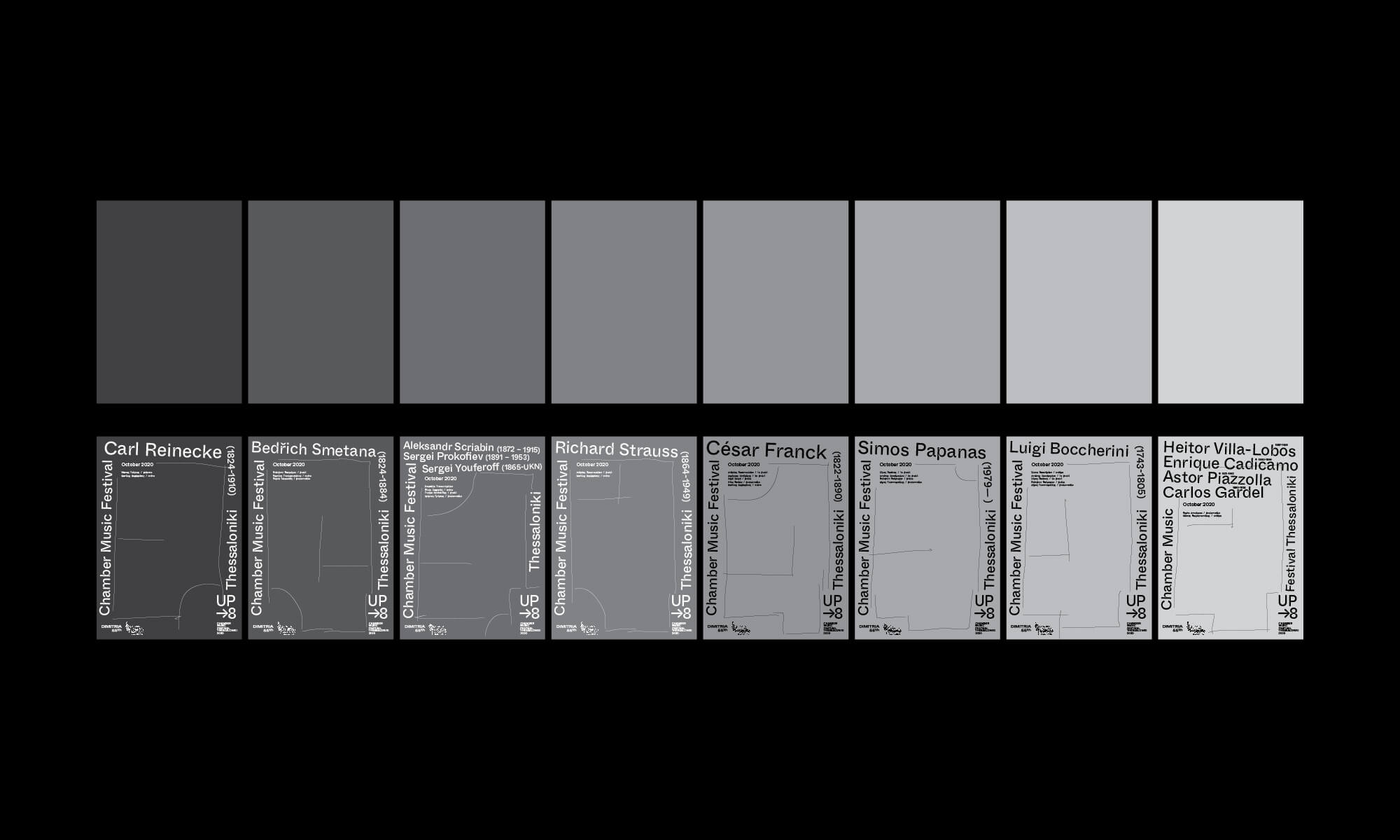 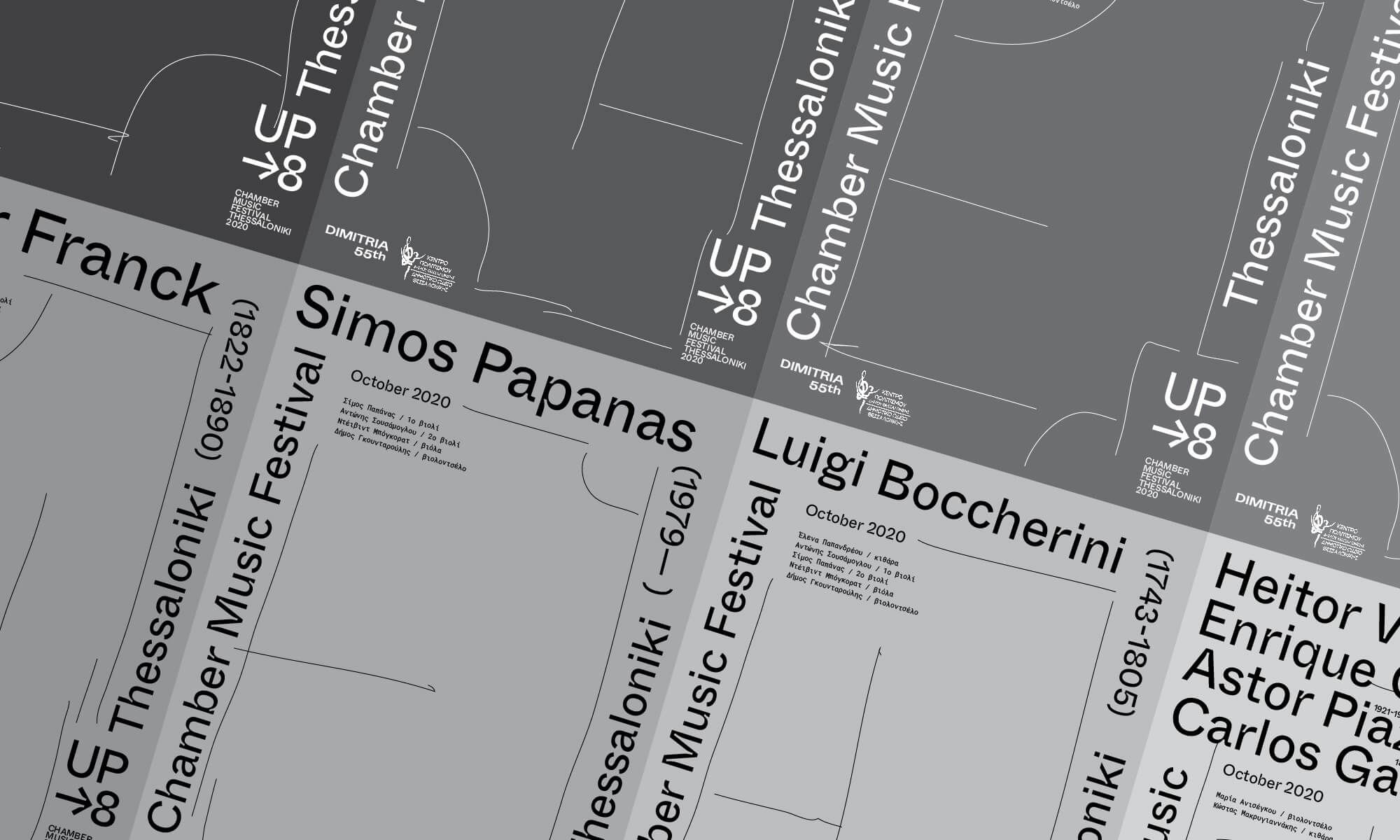 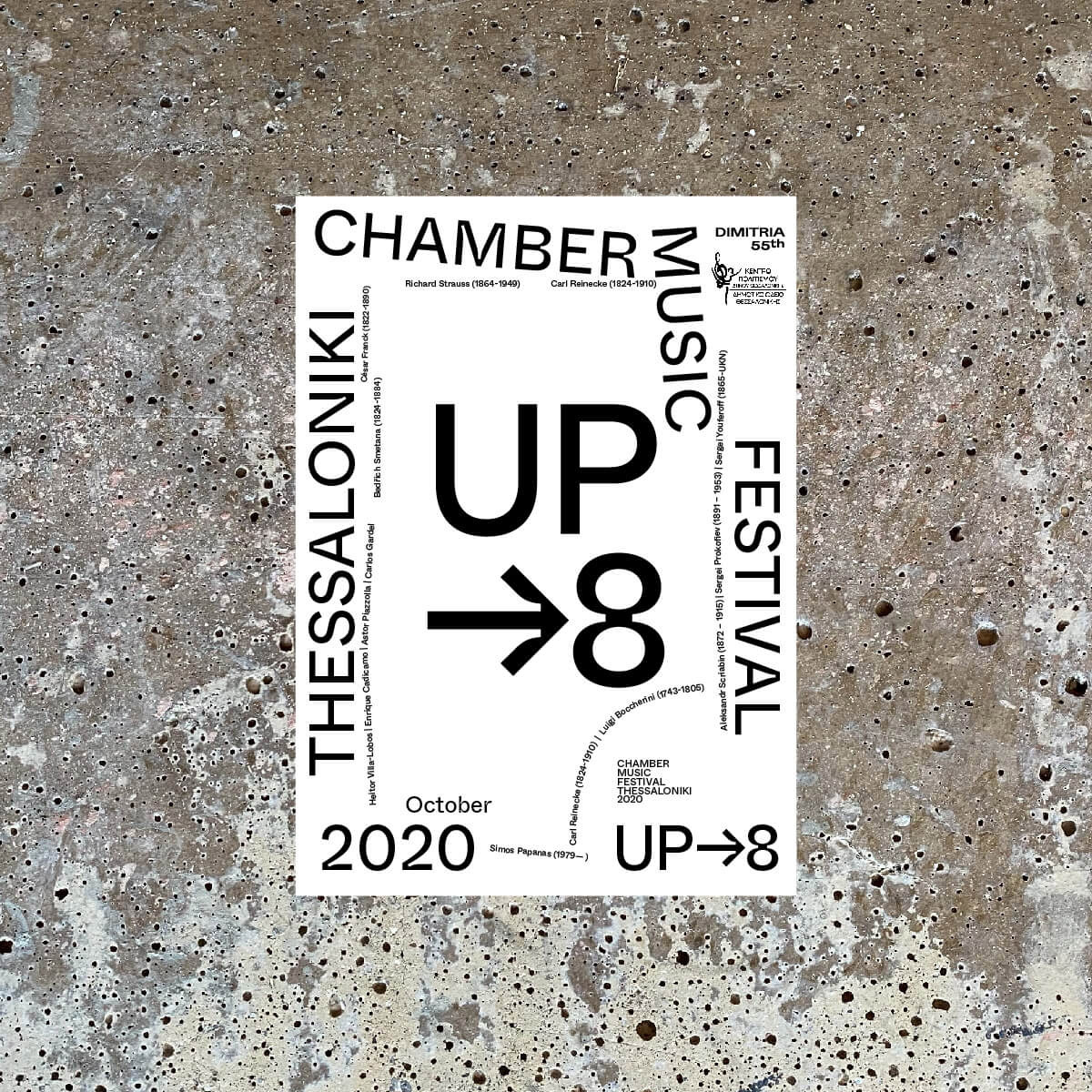 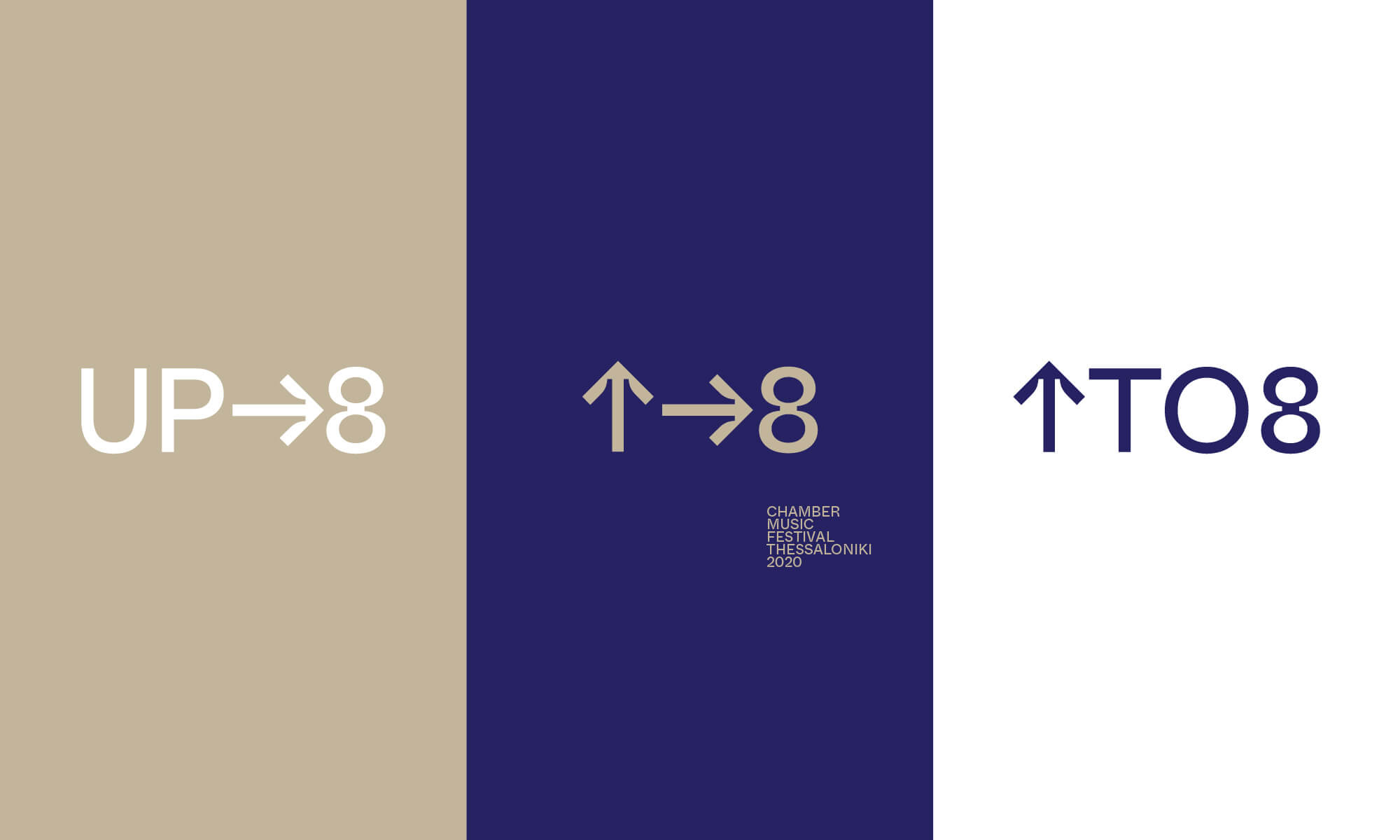 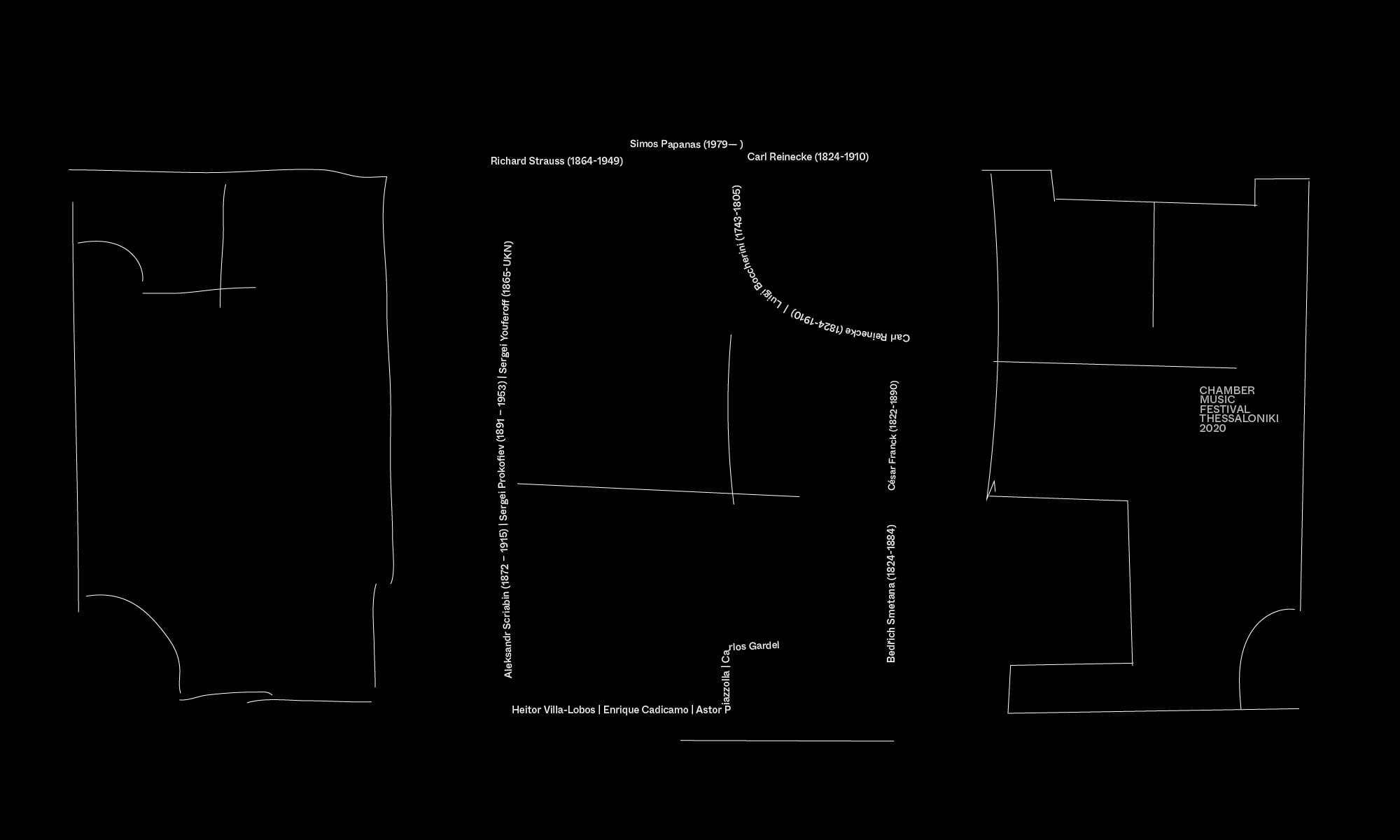 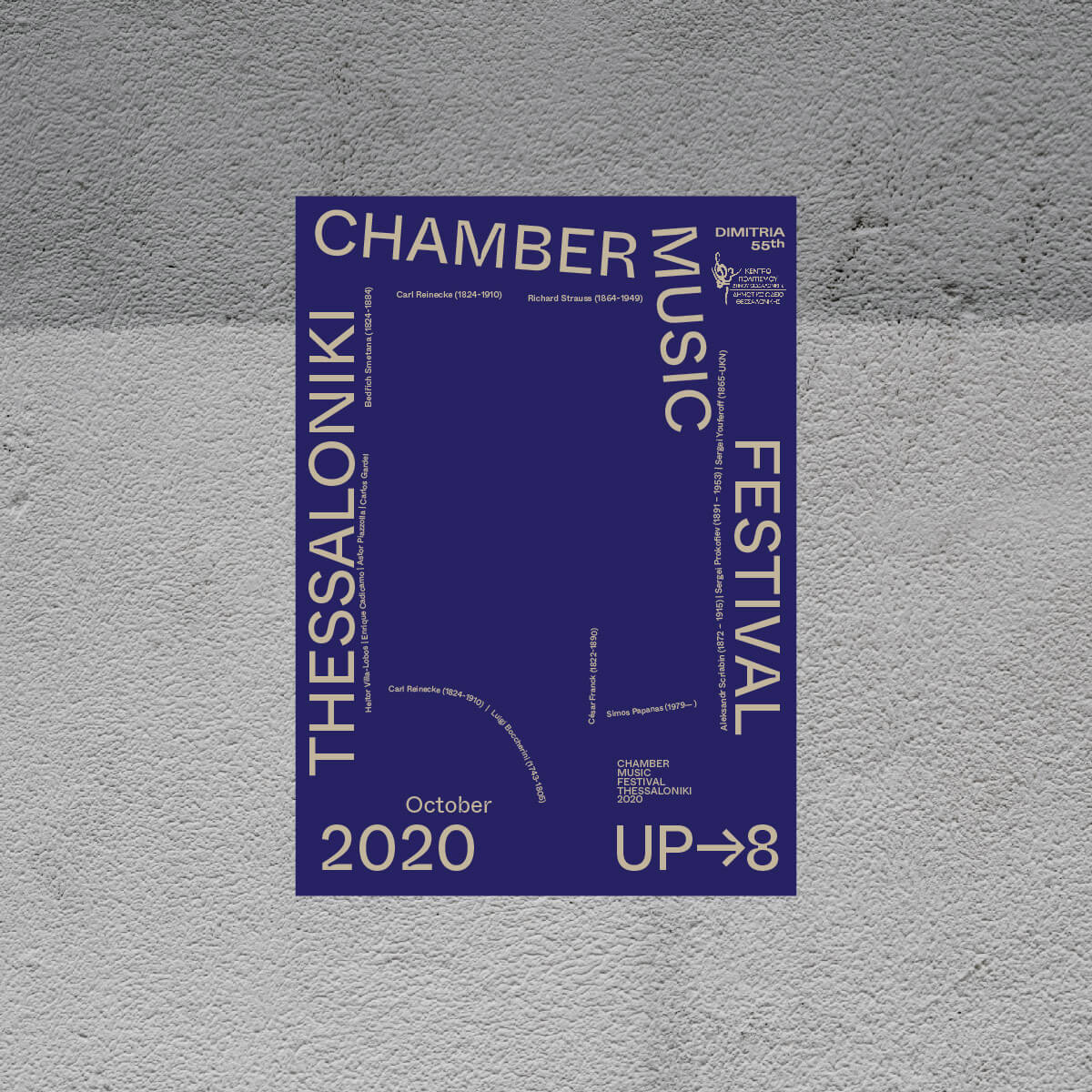 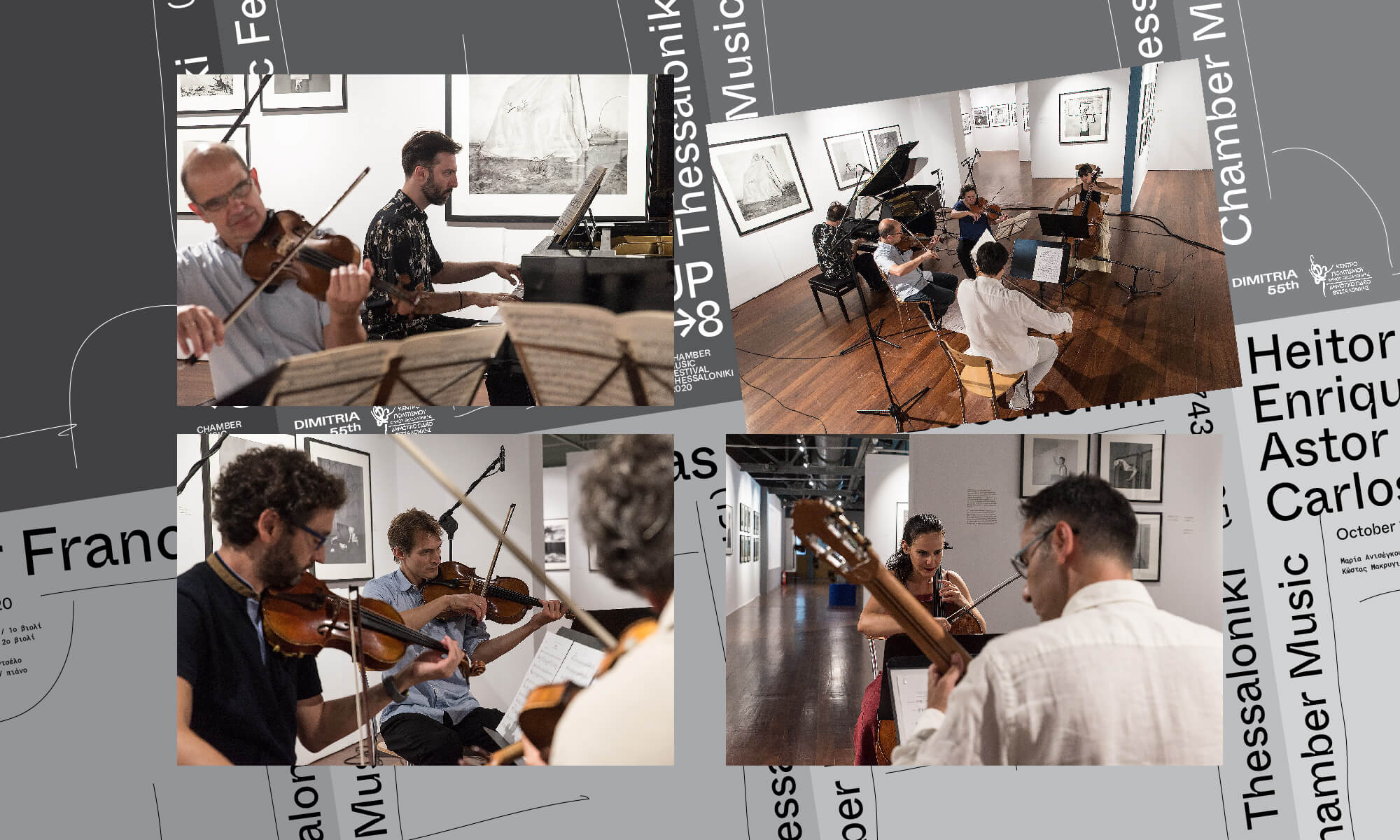 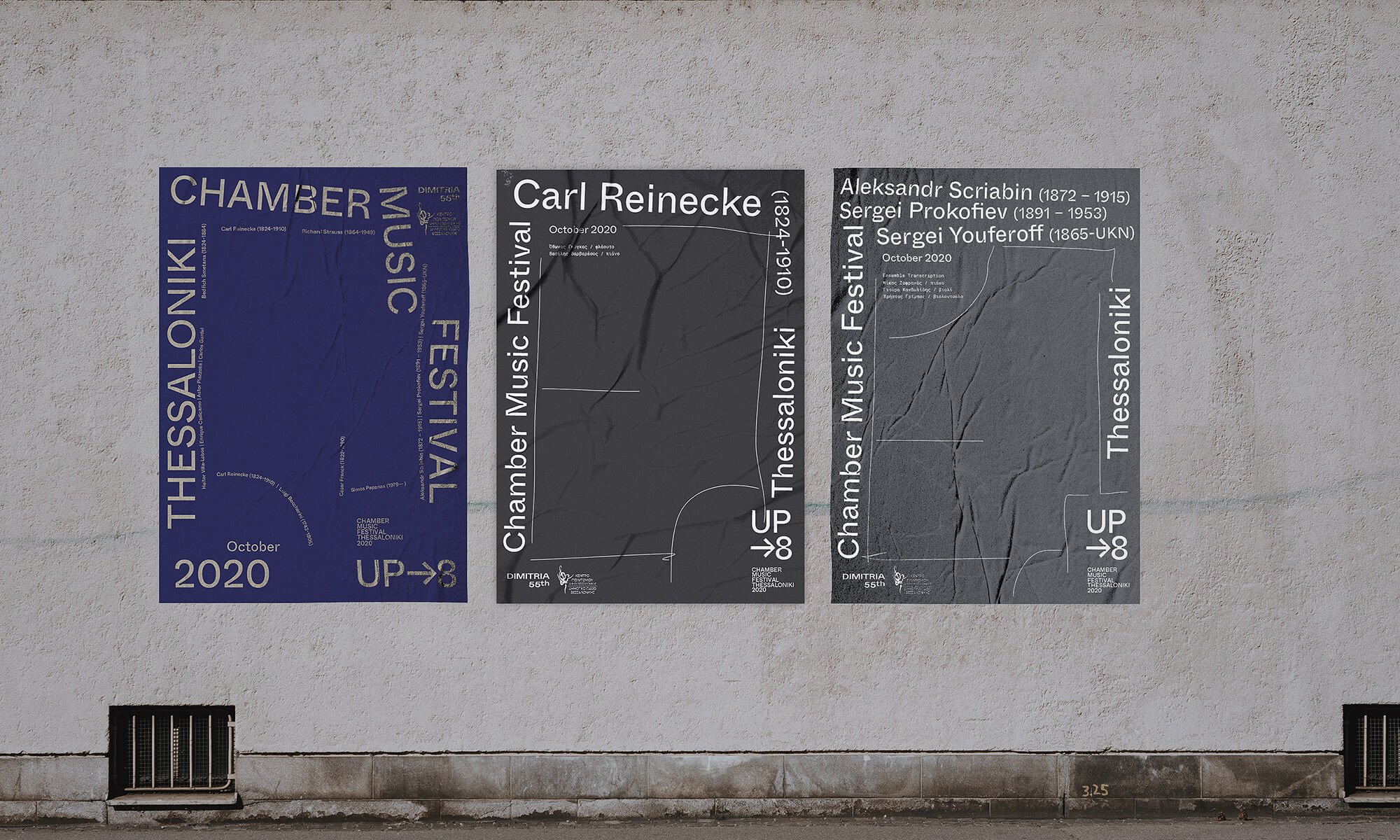